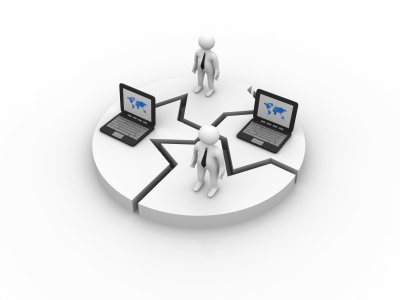 “Most business plans I see are beyond useless. They don’t help me understand clearly how the promoters will reach their goals and, most importantly for me, how we are going to be repaid.”

That was one of the strongest comments I received when I interviewed people who receive and review dozens of business plans each month. This former senior partner in an accounting firm went on to say:

“Frequently the text of a plan doesn’t link to the numbers – financials or market analysis. It’s like they’re done by different people at different times.”

Disconnections in business plans was a consistent criticism in the conversations I had with readers of those plans, whether they represent financial institutions, potential investors or state bodies.

The areas where these disconnects are most evident are:

“A lot of plans we see have simply cut and pasted general market research findings from a credible source without establishing a clear link to their business” according to another respondent.

Most SME’s do not have the ability to fund market research and it’s OK to quote published research as long as the connection between these general findings and the particular circumstances of your business.

For example, a target market may be identified by international research but how is this relevant to the Ireland market, for example. What additional data can you provide to back up your assertions and sales projections?

One banker told me: “Banks and other institutions use templates so that we have a standardised review process, but that can make it a challenge to show how a business stands out.”

Selecting a template from an online resource and sticking rigidly to it is another issue cited by several reviewers.

“We have to be able to hear the authentic voice of the promoter in the business plan, and poor templates will drown that out”, said one.

Everyone I spoke to stressed the need for the financial projections to reflect the story being told with words and diagrams in a business plan.

“Too often the words and numbers don’t agree, and this is almost guaranteed to get a plan rejected,” according to an experienced reviewer.

“A business owner will ask their accountant to prepare projections in advance but amend their plans in the meantime, so the two things conflict.”

When a business is in competition for funds or resources a strong Executive Summary is vital because it gives the reviewer a reason to read on.

However, the summary must reflect the detail, and reviewers report that there is frequently a disconnect between the two.

“It’s sometimes like they’re prepared by different people working off different scripts,” one investor told me. “I’ll quickly give up and move on to the next one if that happens.”

Peer review by someone in the same or similar industry or by someone at the same stage of evolution is a very useful process. It can alert the promoter to inconsistencies or potential issues they may not have considered.

Financial analysis from an external adviser with experience of business planning will bring much-needed rigour to the preparation of a business plan. Their focus will be on making sure the words and numbers tell the same story and that the story is a compelling one.